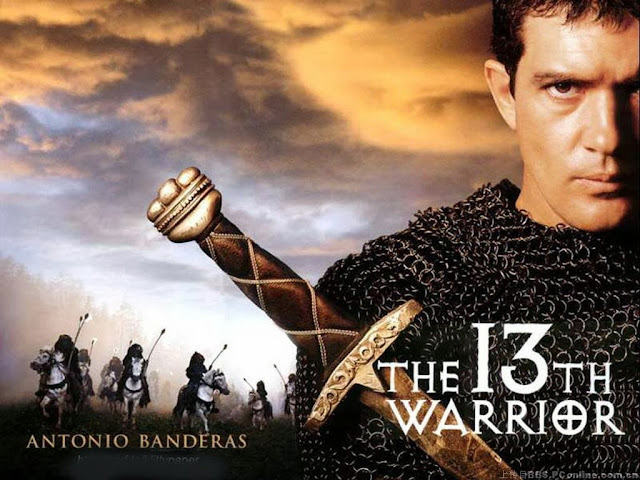 PLOT ARC - The events that happen while the characters make other plans.

CHARACTER ARC – The emotional roller-coaster that the character suffers in dealing with the Plot.


The CHARACTER ARC
The Stages of Grief


Why Grief? Because a story needs DRAMA to be Interesting,
and Drama = ANGST!

“That which does not kill me, makes me stronger.”
– Nietzsche

Stories are all about Characters CHANGING; about Adapting and Overcoming circumstancing that should take them down. The hero and the villain change and develop as the story progresses to allow the hero a toehold chance - and no more - to win.


The difference between the Hero and the Villain is
the Villain’s failure to change.

The Villain fails to face his fears, which allows the Hero to take him down. The rest of the cast may or may not have personal growth, but the Hero and the Villain must. This is where dramatic tension is generated.

Changing takes suffering. Both the Hero and the Villain should suffer emotionally and physically to allow for their personal changes.

Breaks out the text-book …

Angst is caused by a change of circumstance that produces a feeling of loss. This triggers the reaction of grief. The intensity of the grief depends on the importance of what has been lost. If the loss is perceived as minor, ("Oops, I forgot my keys!") then the moment of grief will be minimal and barely felt. However, unresolved and severe loss (a loved one,) can lead to mental, physical, and sociological problems.

Everyone deals with one form of angst or another on a daily basis. Such as:

You're on your way to work. You go out to your car, put the key in the ignition and turn it on. You hear nothing but a grind; the battery is dead.

Think about how you typically react: What's the first thing you do?

ANGER - "Screw you, stupid car! I should have junked you years ago." Perhaps you slam your hand on the steering wheel? "I should just leave you out in the rain and let you rust!"

BARGAINING / SACRIFICE – What are you willing to do if only the car would start? "Oh please car, if you will just start one more time I promise I'll buy you a brand new battery, get a tune up, new tires, belts and hoses, and keep you in perfect working condition…”

ACCEPTANCE - "Okay, it’s dead. I had better go call a friend and see if they can get me to work."

If you plan it just right, every event will work Against the character’s Stage of Grief.

Denial – “This can’t be happening to me!”


An Inciting Event has happened to ruin the Protagonist’s blissful ignorance. Rather than deal with it the Protagonist keep going as though it never happened: “I’m busy! Go away!”

Ibn Fadlan is an Arab noble literally pulled into a Viking adventure he wants no part of. They are to travel to a far away Great Hall and defend it from Monsters. Ibn, a man of education, does not believe in monsters.


Events hammer at the Protagonist, forcing them to admit that something must be done. Naturally, they want to deal with this problem as quickly as possible then get back home; preferably in time for dinner. The easy and most obvious solution is chosen and they take off to deal with the situation.

This is where the writer starts heaving alligators into the boat to get the Protagonist further and further away from home.

Ibn has discovered the hard way, that there are indeed monsters. However they are Human. Horribly monstrous humans, but human all the same. The obvious way to deal with them is to fortify the hall and prepare for an attack.


Despair – “I have nothing left to lose.”


After dealing with monumental amounts of alligators, the Protagonist suddenly realizes that he is out of options. He can’t go back. He can only go forward.

This is DARKEST MOMENT in the story.

Ibn Fadlin and the Vikings learn that the monsters are unbeatable. The Great Hall cannot be defended from them, there are just too many of them. Another solution must be found.


Bargaining / Sacrifice - “I’ll do anything, ANYTHING…!”

The Protagonist’s Sacrifice during their Ordeal transforms the Protagonist into something greater and gives them the inner strength to deal with their situation – and the Antagonist.

Knowing that it’s a suicide mission and that they may be SACRIFICING their Lives, they sneak into the Monster’s Cavern home in the hopes of taking out the two leaders of the tribe. During this sneak attack Ibn Fadlen and the Viking face a number of their fears and conquer them.


The Protagonist finally gives up and commits himself to what needs to be done. Home is so far away, it no longer matters – the problem at hand matters. With nothing left to lose, they throw themselves into the fray.

They have succeeded in taking out one of the leaders, but the other still survives. An attack is coming and there is nothing left to do but defend. Knowing that they are vastly outnumbered, they fully expect to die, leaving them nothing left to fear.


Putting it IN WRITING

EVERY main character has to fulfill each stage of their character arc. BUT...!

Only the VIEWPOINT Character
needs a completely visible Character Arc.

You don’t need to show every detail for the other character’s arcs, you only need hints through dialogue and actions that they are going through one.

"Must I use 'Grief'?"
Does my character’s arc have to be so…depressing?”

In the Stages of Grief, the word "Grief” is actually misleading. The stages aren't strictly about crushing depression. They merely map the cycle of someone under emotional pressure created by conflicts - and story conflict SHOULD create emotional pressure for your characters.

However...! The emotional conflict doesn’t have to be Horrific! The stages can be softened.

Denial can become Indifference
- "So what?"

Bargaining / Sacrifice - Aggravation
- "Fine whatever…! Just get out of my face!"

Does every story have ALL these stages?

Yes. If they're written correctly.


Does every story have only 5 stages in the Character Arc, no more, no less?

No. There are only 5 stage of Grief, but a character can cycle back and forth through them over and over, at different speeds at different strengths to suit the author.


Do these stages go in EXACTLY this order?

Denial ALWAYS comes First, Acceptance ALWAYS goes Last. The other three can be juggled by the author. I listed the most useful and common order. Feel free to Experiment!


Can you Skip stages?

NO. People instinctively know what real angst and frustration looks like; mainly because most people have gone through it themselves. They will KNOW if you 'rush it' by skipping a stage.


How fast can you pass through all five stages?

Very. A character can go through all five stages in one conversation. (But that takes WORK.)


Where the heck did you find these...Stages?

Human Psychology. You can look it up on the Internet by typing : “stages of grief”, in your Google bar.


Are there Other maps for Character Arcs?

Absolutely! “The Stages of Grief” is NOT the Only Character Arc there is, merely the most easily grasped. It's also the most versatile to work with and can be found WITHIN most other character arc maps.

There is also a Fairy Tale cycle, Freytag’s “Plot Pyramid,” and Aristotle’s “Elements of a Tragedy”. (Wanna find them? Google.com is your friend!)

Yes. it does. If you are familiar with Vogler’s 12 stages and you look carefully, you will see all five Stages of Grief mixed in there.


Why not just use Vogler?

You CAN! It’s where I started. But his system is specifically designed on the MALE Adventure Arc, (as outlined by Campbell.) If you are writing something other than pure adventure, such as a Romance or another high-Drama story, then his system will not work all that well. He only leaves room in ONE stage for Love.


What about Syd Field and his 3 Act Plot?

Mr. Field’s system is pure Plot Arc - ACTION – and something I use IN ADDITION to a Character Arc.

Action & Drama
“How does all this stuff go Together?”

In a story, each Plot stage has a corresponding Dramatic movement from the Character Arc.

Each dramatic stage of the Character Arc should govern –-or affect-– the characters’ Reactions to what’s happening around them in the Plot, depending on the INTENSITY of each dramatic stage.

ALL Three Main Characters; Antagonist / Protagonist / Middle-man - go through All 5 dramatic stages of a Character Arc, BUT~! ONLY the Viewpoint Character goes through this pattern Visibly. AND ~ they don’t all do it at the same time! The Character Arc (drama) pattern should be staggered between main characters.

If you have more than one View Point Character?

EACH View Point Character’s ENTIRE dramatic pattern should also be Visible.If you don't, it creates a PLOT HOLE.
NEVER allow a Plot Hole to remain in your story!

Why? Because the readers get pissy, that’s why. I have the hate-mail to prove it. “But what happened with…?” Woe betide the author that does not conclude all the issues raised with EACH Viewpoint Character - in addition to the Main Characters.


Now, Go Forth and Arc those Characters!