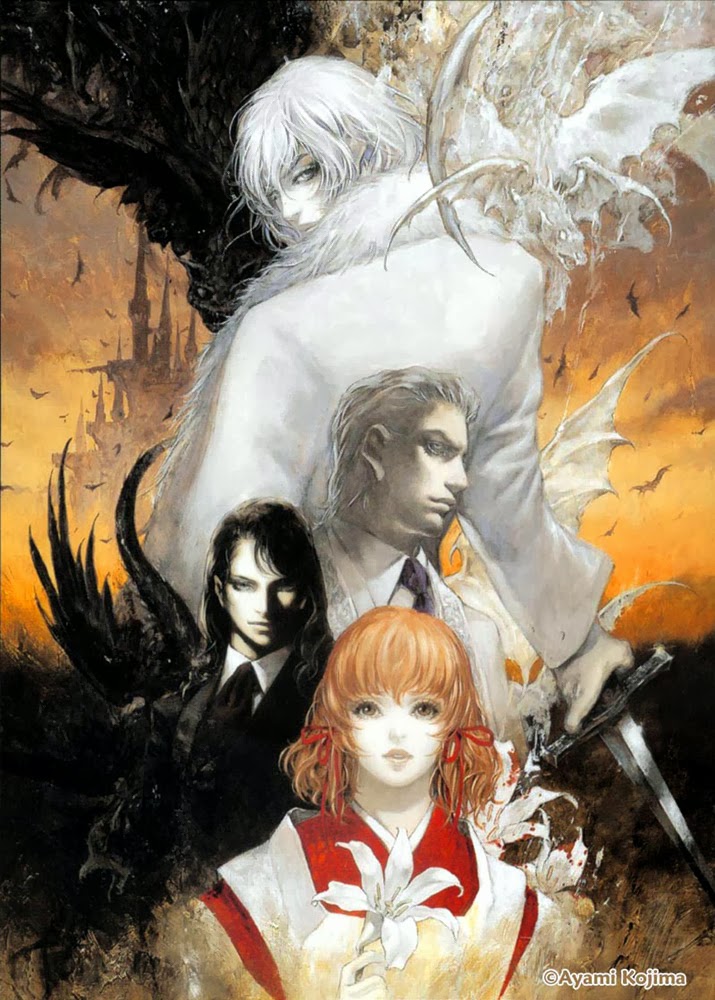 
A plot is the pattern a story follows, the most common being:

All successful (read: popular) stories have patterns. Sometimes it’s simple, sometimes it’s complex, but all of the stories read or told often enough to remain in the popular mind of any culture have a pattern, a plot.

Here are some examples of simple plot patterns…

The Heroic version:
• He conquered.
• He became the leader of his people.
• He died in the middle of a glorious battle to defend his land, and became a legendary figure that would never be forgotten.

Aristotle’s Elements - American version:
• Act One: He rose to glory.
• Act Two: His pride drove him to make a foolish but costly mistake.
• Act Three: He crashed and burned.
• Act Four: He fixed his mistake and rose again.

Your basic Yaoi Romance plot:
• One lover seduces the other.
• A misunderstanding drives one lover away.
• The lover that misunderstood chases the other lover down to beg for forgiveness.
Your basic Adventure plot:
• Hero meets Villain.
• They fight and the Villain wins.
• The hero rises from his defeat to battle the Villain again, and wins the war.

Your basic Manga Adventure plot:
• A group of friends meet a Villain.
• The villain corners them individually and defeats each one.
• The friends rise from their individual defeats to team up on the Villain and win the war.


I can already hear the whining…


“But that’s so…formulaic! Where’s the creativity?”
Creativity is Overrated.

No matter what those Creative Writing classes teach, for a story to be enjoyed by the widest possible audience, it needs to have some sort of structure, a pattern -- a plot.

Because a story without some sort of plot pattern reads…wrong. Everyone, in every culture, has been trained from childhood to EXPECT a story to follow some sort of pattern to take it from Here to There, and make some sort of point too. In fact, some of the hottest blockbuster movies including ‘Star Wars’ follow one of the oldest plot patterns in human history -- the Heroic Cycle, as codified by William Campbell.
The Heroic Mythic Cycle:
(Paraphrased to avoid copyright issues.)

Leaving the Known World behind
Challenges, Friends & Foes
Battle at the Crossroads


A great many people who write quite successfully ‘by the seat of their pants,’ may tell you that they don’t need to plot, they just…write it from beginning to end. That doesn’t mean their stories don’t follow a pattern. It’s merely that the plotting pattern they use is so ingrained into their subconscious they follow it instinctively -- without even knowing they’re doing it.

Unfortunately, that’s not a talent I possess. I have to work everything out on paper or I get lost in a hurry.


How to Use a Plot
“What is plotting good for anyway?”


Well, the best use of a plotting pattern is so you don’t get lost in the story. Think of the plot outline as a road map marking out the most direct route from Here to There. This doesn’t mean you can’t take side trips to sight-see or visit friends along the way. It’s merely a way of keeping track of where you are, and where you should go next, by knowing where you intend to end up. Knowing your basic route ahead of time also makes it much more difficult to get lost on a back road or trapped in a cul-de-sac.

In short, if you know where you’re going when you start out, sooner or later, you’ll actually get there.

A note on Japanese stories…


From:
‘Eight Ways to say You ~ The Challenges of Translation’
By Cathy Hirano

The most obvious differences between Japanese and English writing styles are organization and tone.

My English composition classes in high school taught me that English is supposed to flow in a linear fashion, from introduction to body to conclusion, and that a statement should be supported by a logical explanation. Even in literature, a book works toward a climax and then a conclusion. In contrast, Japanese composition appears almost circular, and although it has its own logic and organization, it is very different from how I learned to write in school.

In English, we stress clarity.

In Japanese subtlety is preferred. The Japanese writer dances around his theme, implying rather than directly stating what he wants to say, leaving it up to readers to discern that for themselves. He or she appeals to the reader’s emotions rather than to the intellect, and tries to create a rapport rather than to convince. The Japanese reader, in turn, is quite capable of taking great leaps of imagination to follow the story line.

In Conclusion…
-- By using even the most basic of plot patterns, the writer can keep track of not only where they are in their story, but where they intend to end up. This makes it very easy to avoid the most common pitfall of fiction writing: “The story’s halfway done and I have no idea how to end it!”


DISCLAIMER: As with all advice, take what you can use and throw out the rest. As a multi-published author, I have been taught some fairly rigid rules on what is publishable and what is not. If my rather straight-laced (and occasionally snotty,) advice does not suit your creative style, by all means, IGNORE IT.
Posted by Morgan Hawke at 5:33 PM 5 comments: Links to this post