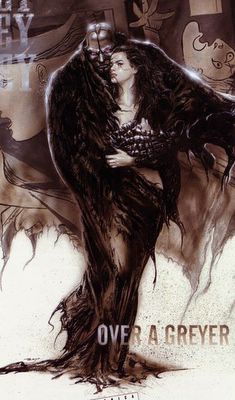 I have to disagree, about – sex - being more visual than mental. Besides the obvious – sex is - primarily physical. I find penetration to be a pretty overwhelming act mentally. I think that thinking metaphorically really helps here. (Although I'd probably piss on someone from a long height if they started writing sex

He slipped his hand down between her thighs, cupping her crotch, pulling her back against his hips. His cock, nestled between her ass cheeks, was warm and hard. And utterly riveting.

He coaxed his fingers into the furrow of her cunt. "But I think you do."

Her mind went into overdrive. Part of her had an overwhelming urge to rip his head off and the other part wanted his fingers back where they were before.

He slid the soap over her and resumed his attentions. His soapy fingers moved over the small of her back, her butt cheeks and between the cleft of her ass.

Opening her mouth, she found no words to tell him to stop. She stared at the grubby tiles.

He pressed against her again; the soap making their skin to skin contact slippery. He moved his hips and his cock slid between her butt cheeks. He bucked against her once, twice and then he pushed her hard to the wall, sliding his fingers up inside her.

The tile felt cool against her breasts and the skin of her face.

He panted hard into her ear. "Am I not correct, Sophie?" Using the palm on her crotch to hold her hips still, he ground himself against her ass. He dragged his hand over her clit and fucked her with his fingers.

She trembled. It felt as if she were going to melt and be sucked down the drain along with her reluctance. “Yes." It was a whimper, almost lost in the hiss of the water and the echoes of the room.

"Good girl," he whispered. His breath came harder and his hip-thrusts and fingers grew more insistent.

Her muscles began to contract everywhere, clamping down around the fingers inside her and squeezing his cock between her buttocks. She arched her back and moaned. Orgasm waited just below the surface.

His body stiffened and then shuddered against her. Lowering his lips onto her shoulder, he held her still and bit her, moaning into the skin.

Her orgasm lunged and overtook her. Intense blooms of pleasure burst from between her legs, reaching out to shake her body in waves that robbed her of balance.

Successive sprays shot heat up her spine as he came against her.

He began to move again, sending tiny aftershocks of pleasure rippling through both their bodies.

Abruptly, he backed away from her.

The water sprayed down onto her back -- icy cold. She screeched in shock.