From Idea to STORY 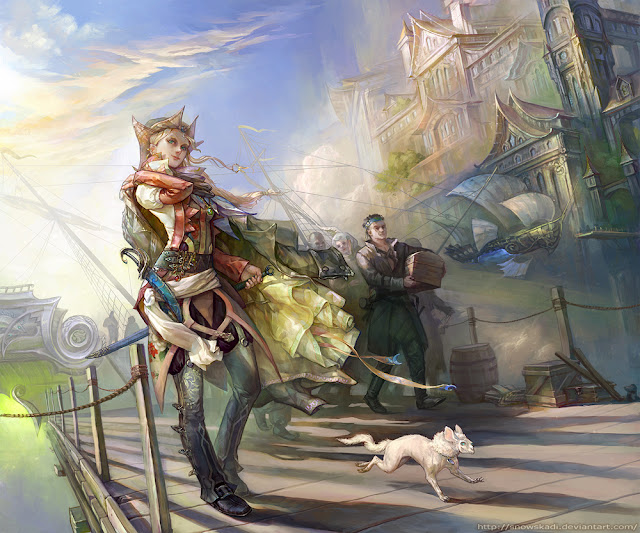 In other words, what you want to know is:

How do you build a Story from an Idea?


Let's begin by breaking this huge pile of questions down to smaller, bite-sized pieces...

How do you develop an idea?

I start with a Climactic Event.

My ideas may originate from anything at all; from a piece of music to a picture I saw on the 'net, but to make a Story from those ideas I start with What I Want to Happen at the very heart of my story -- a central Climactic/Crisis Event. I then create a Plot Concept around it to make that event happen, and tie up loose ends after the event.


Example: What I Want to Happen.

How do you come up with
the [Details] behind stories?

The Details I come up with are mainly generated by reading stories similar to what I want to write, and researching what I need to know to make such an event Plausible. This tends to reveal unexpected facts which often give me MORE ideas to add to the story.


How do you make something in a story Plausible?
You use Facts to give its existence a Good Excuse to be there.

How do you develop the world
in which it takes place?

People or Settings first? Do you include cults/religions/mass groups? How do you come up with these groups?

I begin with the World.

I always start with the SETTING, the World my characters will inhabit. I research everything to look for clues about what kind of cultures, politics, employment, social positions, religions, etc. would come into play in such a story because a character's culture and civilization will be what makes each character who they are -- the same way that your culture and civilization made you who you are.

Once I have a good grasp of the cultures my characters would inhabit, then I decide what kind of characteristics and backgrounds the Characters would need to make my Event happen -- or Not happen.

And that's how I build a Story from an Idea.