How to Make THE END 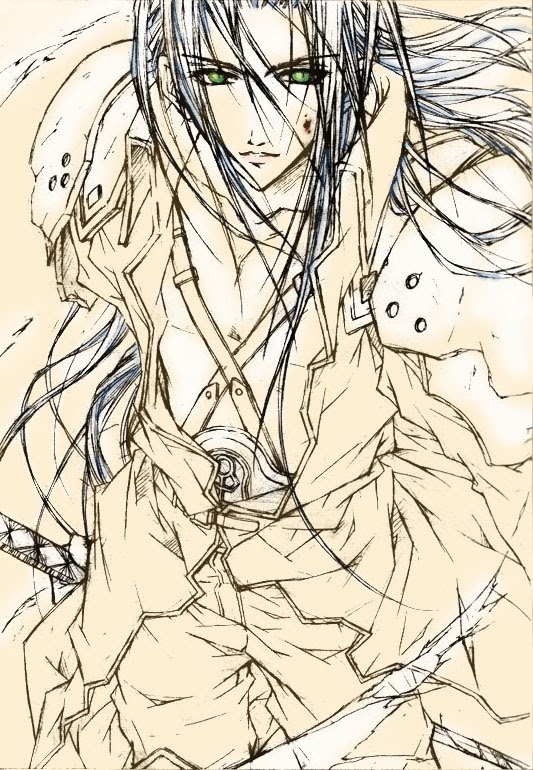 Okay, so you got this GREAT Idea for a story!

This Great Idea...that you can't seem to finish. (WTF?)

HOW do you make THE END?

Fairytales and Myths were my foundational reading, so they became my base model for how a story should finish. Fairy Tales have Symmetrical Closure, they end where they began, making a nice tidy 'Karmic' loop.
This doesn't mean ending a story in the location it began, or that full irrevocable transformations don't happen, but that the story ties the knot to the Emotional or Karmic place they began. Monsters are faced, emotional hang-ups are dealt with, and problems are solved. What is begun - finishes.

It sounds perfectly simple, and it can be, however I despise stories I can guess the ending to, so naturally, I refuse to write them that way. (Insert evil snicker.)

The Wrong direction is the Right direction!

I prefer to write stories that throw the reader completely off the obvious path, straight through the center of the village, and force them into the deep dark woods. I deliberately make every straightforward solution unbelievably problematic!
Once the reader has been sent careening off into territory they never expected to go, and gotten utterly wrapped up in a plot they never expected - that's when I start tying up ends by way of pulling rugs out from under the reader's feet.

Characters reveal Motives that change how their base characters are Perceived.


Random events and objects are revealed to have Unexpected Connections.

What was accepted as Fact is revealed to be Something Else entirely.

And in the process of dealing with all that...
The END

"But the story is already halfway written and I have no idea where to go from there!"


Go back to the beginning and figure out what your MAIN Character's Problem was Internally (emotionally) & Externally (plot/quest). If you haven't solved them yet, then that's all you need to do -- solve the quest & fix their emotional issue.


Note: Your main character is the Point of View character most of the story is told from.

"But what do you do if you've come to the end, but you wanna keep going?"


That's what Sequels are all about.

Most often, this happens when:

-- A) The author didn't know how they wanted to end the story before they started writing. They just wrote...until they couldn't write any more.  (AKA: Writing by the seat of their pants.)


-- B) They planned the end, but painted themselves into a corner by tossing in a major (head/heart/sex) problem they didn't know how to fix before they could get to the end. (AKA: Bit off more than they could swallow.)

How do you
FIX the Problem?

1) Written by the Seat of your Pants.

-- When you've written something by the seat of your pants, the only way to fix it is by stopping cold and figuring out where you want it to end - then adjusting the whole story to suit your ending. This means extensive rewrites.


This also means making a decision.

What's more important to you as an author?
A) The hours you spent writing all those words that got you nowhere?
- OR -
B) Making a story your readers will swoon over, and demand all their friends read too?

2) Bit off more than you can Swallow.
-- I've noticed that this shows most frequently when you have an ANGST plot. Oddly, it also shows up when someone wants to write a sex scene, but never had sex before.


If you're trying to get them back together again - then you have a real problem.

Here in the West, getting back together rarely ever happens in real life because it's just easier to end the relationship completely and not deal with it anymore.

In the East, it's another story entirely. People do get back together because they are tought from childhood that Family and personal Honor is far more important than personal feelings.
In Conclusion...
-- When you have come up with the most diabolical problem known to man (or beast) the only way to fix it is by finding out how other people did it and applying that to your characters. Ahem, RESEARCH. There are literally thousands of help sites for dealing with relationship problems, and even more on how to deal with grief, loneliness, and other emotionally devistating issues.