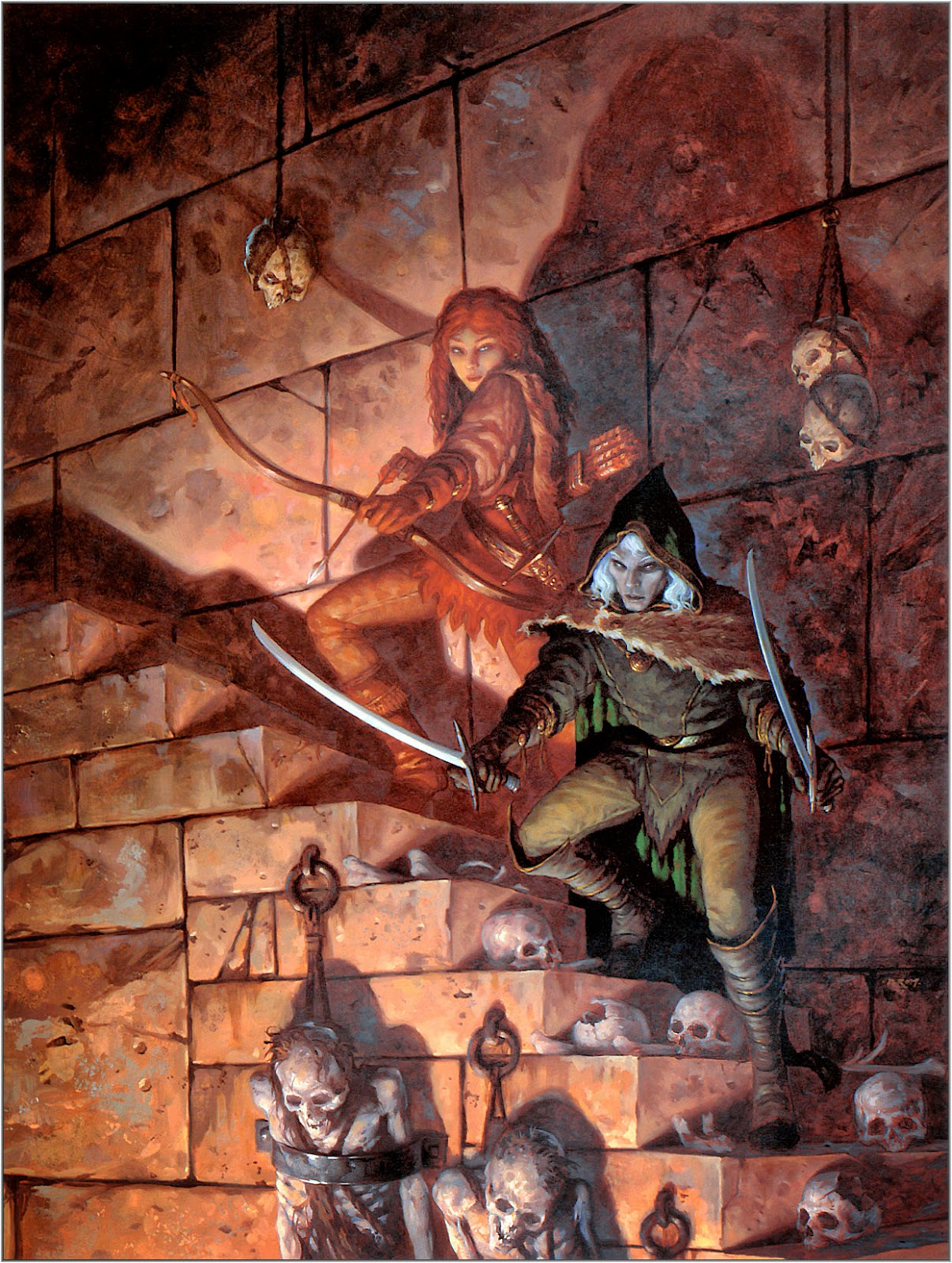 If you visualize the characters doing something in a specific order – you write it in THAT order!

Life is full of random events. FICTION is NOT.


Every element in a story; every character, every situation, and every object, must be there for a REASON, and have a Reason to Be There. In Fiction, NOTHING happens “just because” – especially in Action Sequences.

If you want the Reader to SEE the actions that you are trying to portray as a movie in their minds, Chronological Order is the ONLY way to do it. This order is VERY specific. You may SKIP steps, but you may not change the order.

1) Stimulus > Something happens TO the Viewpoint Character. (Action).

THEN...
The Viewpoint Character has a CHAIN of REACTIONS.

5) Deliberate Reaction > They Respond. They DO something, or SAY something about that action – or both! (Reaction) (When in doubt, Dialogue goes LAST. People ACT faster than they Think.)

1) NEW Stimulus > External Reaction of the OTHER person or an Outside event, (Action)

This starts the viewpoint character's CHAIN of REACTIONS again! 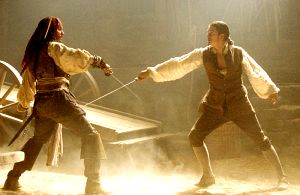 (1-Stimulous) Will lunged, stabbing his sword toward Jack.

(2-Physical Reaction) Jack twisted to intercept the oncoming blade with his blade, rather than his body. (3-Sensation Perception & Reaction) The swords impacted with a bone-jarring slam and a metallic shriek. Jack winced. (4-Emotional - Narrative - Reaction) Apparently Will had forgotten that swordfights made a lot of noise; not to mention other physical damage that might hamper escape. (5-Deliberate Reaction) He slid his sword up Will’s blade and smiled. “Will, fighting right here, right now, isn’t the brightest idea in the world. I don’t know if you noticed, but there are a bunch of cutthroat pirates in the next cave?”

(1-New Stimulous) Will flinched back and scowled. “I don’t care. I want to rescue her now!”

If you write the actions out of order, the Mental Movie STOPS and the Reader has to STOP READING to rearrange what they are reading into the correct order of events to get the movie back.

(I can already hear the OTHER whining...)

"But with all those little paragraphs, it doesn’t look Neat & Tidy."

YES, written chronological action and dialogue tends to make lots of little paragraphs, and looks very choppy on the page.

Who Cares what the words look like on the page? It may look choppy, but the reader has absolutely no doubt as to who is doing what. Making the scene hard for the reader to PICTURE as they read, is a Bad Idea.

The Reader's perceptions are more important than whether or not your type looks tidy. Once the reader has their Mental Movie rolling, they won’t even SEE the words – they're too busy making pictures in their head to even Notice that they are reading!

Anytime the reader has to STOP to reread a passage and rearrange the words to FIT their mental movie, you’ve made a BREAK.

A break creates a moment where the reader can Put the Book Down -- and forget to pick it back up again.

"But now I have page after page of really short sentences!"

If you've separated your paragraphs by character, and discovered that you have reams of paragraphs only a sentence long, (most likely strings of dialogue,) you have just exposed another insidious problem happening in your story:

Luckily, this is a fairly easy cure. Just describe the places and actions that go with those lines.


"Himawari-chan, I have your lunch!"


Lunch time found Kimihiro walking around to the back of the school carrying the three lacquered wood bento boxes.

Himawari was already at their chosen spot.

Kimihiro couldn't help but grin from ear to ear. He waved. "Himawari-chan, I have your lunch!"


Lunch time found Kimihiro walking around to the back of the school carrying the three lacquered wood bento boxes wrapped in a large cloth in one hand, and the thermos of chilled jasmine tea in the other.

Himawari was already at their chosen spot under the tree. She knelt on the small picnic blanket, neat and prim in her stark black skirt and white summer top, while talking cheerfully to her tiny bright yellow bird, Tanpopo, Dandilion. The ultra-feminine black coils of her sumptuous mane spilled down her back and tumbled down around her lap. Two small coiling tails bound with yellow bows framed either side of her impishly sweet face.

Kimihiro couldn't help but grin from ear to ear. So cuuute! Himawari was everything a pretty girl should be, and she was just as sweet as she appeared. He waved. "Himawari-chan, I have your lunch!"

For a more in-depth look at adding actions and description to your text, read:


"What about Literary styles?"

What about them? If you simply MUST have stylish phrasing in your fiction, either keep it in chronological order, or save it for description and dialogue, but keep it out of the Action sequences!


The Evil Nasty Vicious “As”

Remove “As” from your work, Now!

“As” is supposed to mean: two actions happening simultaneously. Unfortunately nine times out of ten, "As" denotes that the author has written their actions Out of Chronological Sequence. In other words, the sentence is Backwards! The actions are occurring AFTER the Effects of those Actions.

Another problem “As” flags is when the Actions of TWO characters are in the same paragraph.

Bad! Bad! Bad! Characters are selfish creatures, they Do Not SHARE -- EVER! Characters ALWAY get their Own Paragraphs.

However, not only were two characters in the same paragraph, the actions were out of sequence too! In fact, it was backwards.

THINK...! Which really came first?
or

“As” can also denote Dialogue Tags sneaking in where they aren't needed.


You Don’t need DIALOGUE TAGS when you have Actions!

You already know, through the action, who is speaking. Dialogue tags are only ever needed when you don’t have any other way of identifying the speaker.

Oh, AND the Actions are Out of Sequence --
AND...! The dialogue is in the Wrong Place too! In fact, the entire sentence is back to front. However, lets deal with the dialogue first.

So, THINK...! In what order did these things really happen?

And while we're at it... Leave the damned Dialogue ATTACHED to the end of the Paragraph, or no one will know who said it!

Who's idea was it anyway, to separate Dialogue from it's own paragraph? They need to be SLAPPED. Cutting off the dialogue defeats the whole purpose of using Actions to differentiate between speakers, Forcing the author to use Dialogue Tags.

As you can clearly see, the word “As” is a devious sinister monster that should be destroyed on sight.

If you discover an infestation of "As", (they tend to sneak in when you least expect them,) use your Search/Replace function, and Replace "As" in your manuscripts with "And". If your action sequences are out of order you'll SEE IT right away.