The Mysterious and Maddening PREMISE 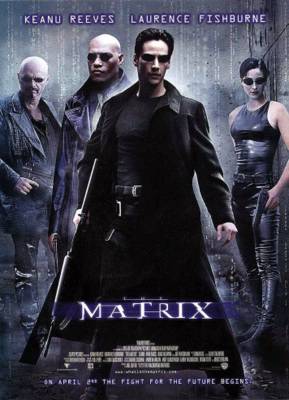 What the heck is a Premise FOR, anyway?

PREMISE was one of THE toughest concepts for me to wrap my brain around. I just couldn’t get what it was, and what it meant to a story, or how to use it.

Then there were all those people using the word PREMISE as a synonym for CONCEPT. Just for the Record – The story’s PREMISE is NOT the story’s CONCEPT.


In the movie “The Matrix”, the Message the story was trying to get across was: “Question REALITY”. That was the Premise.

How they Explained that Message: "What if we were all living in computer generated reality?" was the Concept of “The Matrix”. (Get it?)

In my opinion, Good fiction, no matter the genre, presents us with characters dealing with a basic human issue. This 'Issue' is the story's heart - the Premise.
Once upon a time, in ancient Greece, theater --story telling-- was used as Therapy. The stories were all lessons dealing with the basic drives of human nature - love, hate, jealousy, greed, abandonment... (Ahem - ISSUES.)

The old Greek plays were gut-wrenching for a reason, they were trying to make the viewer FEEL what was happening enough to laugh out loud, scream with rage, or burst into tears, experiencing a thereputic cathartic release. This is where the word 'Catharsis' comes from: Greek Theater.

In modern fiction, when a story's core issue is addressed we feel a release; laughter, anger, or tears. If the story does not wrap up the core 'issue', negatively or positively, we feel instinctively cheated - because that sense of relief or release is Missing.


THE MATRIX - Premise in Action!

THE MATRIX was one of the most Premise-heavy movies to date – and a box-office smash. (Hint-hint!)


The Issue in “The Matrix” was
KNOWLEDGE verses IGNORANCE.

Each main character was defined --tied to the premise-- in their behavior and in their actions, as a type of KNOWLEDGE and their behaviors illustrated how that form of Knowledge dealt with IGNORANCE - “not knowing what was really going on”.

Interestingly enough, the Names of each of the characters actually defined what part of the Premise they illustrated.

Neo (meaning New)
He was the Viewpoint Character. He represented John Q Public; the uninformed average person. Every crisis he faced was a CHOICE of “To Know – or Not to Know”. His crisis choices all focused on: “Do I really want to know?”

Morpheus (meaning Sleep or Dream)
He was the guiding father figure. His character was guided by a Dream – a dream of “The One” who would save them. Rather than basing his decisions on hard facts –-actual Knowledge-- he relied on FAITH in his Dream of 'The One'.

Trinity (refers to the Great Triple Goddess–Maiden, Mother & Crone)
She was the feminine-creative aspect. To Neo, she was the Maiden, someone to Love, to Morpheus, she was Second in Command, representing the crew’s Mom, and to her enemies, she was the death-dealing crone. She made all her choices guided by her Feminine INTUITION.

Cypher (meaning Message or Mystery)
This was the betrayer of Morpheus’s little group, was the information leak. Knowledge bleeding into the wrong hands - a message to the bad-guys. He rebelled against the knowledge he was given. He preferred the 'comfort' of living in ignorance.

The Oracle (meaning To Tell)

She knew exactly what was actually going on, but she never gave straight answers. The raw truth; Reality isn't Real, was too much for anyone unprepared to deal with it. The average person faced with something that does not conform to their version of reality automatically rebels. "There is no spoon."


The reason that the following two Matrix movies were dismal failures, was because lots of stuff happened, but there was No Reason for the stuff to be happening beyond the obvious. There was no core issue, no MEANING behind the events. The characters were just people, they didn’t represent anything.

Both sequels were Missing a PREMISE
- and I, as a viewer among many, felt CHEATED.

How do I Apply the Premise to my Fiction?

The Premise gives a story meaning beyond:
“stuff happened”.
The Premise is the story’s soul – it’s reason for Being.