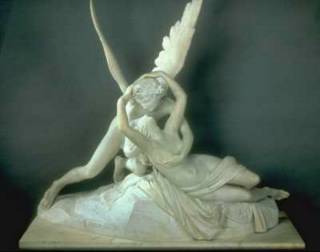 The Adventure of Romance

The Hero's Journey just doesn't work when writing a Romance.

Campbell’s Mythic Cycle, and Vogler’s Writer's Journey patterns are male-centric. Romance is a only Stage in their patterns – not a story all by itself. Neither author considered Romance important enough to be an adventure of its own.

And it pissed me off.

So, I set out to find the Pattern for Romance the same way THEY did.

I backtracked through the myths & fairy tales, to find the earliest stories that dealt with love & romance, and then broke everything down into stages the way Campbell did. After working out the mythic stages, I viewed a stack of movies and read a stack of books to modernize from the mythic, the way Vogler did.

There ARE differences between the modern & the mythic. What was vitally important THEN is not quite as important now.

To my great delight, I discovered that Modern Love follows the same pattern as the old myths, the motivations are the same. However, the Mythic "Happily Ever After" is only vaguely related to the Modern HEA, though they follow the same stages to get there.


WHY Romance?
Because Romances are far more influential than you might think. They cover one important issue that is found nowhere else:

PHYSICAL Intimacy & the Importance of TRUST
Nowhere are the vital issues of sexual love and trust dealt with - but in the common Romance.

I have heard this so many times that I am ready to commit murder most foul:

“Romances are not literature.
"Romances don’t say anything meaningful, beyond ‘let’s fall in love’."
"Romances serve no purpose beyond entertainment."
"Romances are pornographic stroke fiction for women."
"Why do you read that crap?”

If this is your opinion, then YOU are not looking deep enough.

The origins of the Romance goes very deep…deep into the past, deep into the first stories ever written, deep into the dawn of time and the creation of the world – before the male god came. Back during the ice age when the ancient world worshipped god – as a woman.

But the world is different now, and all that is left of those ancient woman myths - is the Romance. Most girls receive their first Romance novels from their mothers. There’s a reason for this.
To uncover the true meaning of why the Romance is so vitally important to every woman that read it, is buried deep within the psyche – in fact: Psyche and Eros.

The fairy tale of Psyche and Eros – Consciousness and Sexual Love – is a story that comes from Greek myth. This tale explains quite graphically that in order to have sexual love – Eros – you must first be conscious - Psyche - of what it is you want and then deliberately go after it. You must hold a candle up to what you think you have, and see it for what it truly is to know if this is what you want for yourself - then claim it.

Is it painful? Very. From the loss of a woman’s virginity to the birth of a child – sexual love brings pain.
Is it bestial? Definitely. For all beasts have sex.
Is it beautiful? Oh yes, for desire is born of a craving for that one climactic moment that can only be described as ecstasy.

Beauty and the Beast…
Everyone – male and female - knows that true bliss can only be had with true love, which comes from trust.

Yet every woman’s story of sex begins with: Betrayal.

Abandonment.
The father betrays the daughter’s trust when he turns from her at puberty. He abandons her for he cannot love her as he did before – for her blooming sexuality comes between them. Their love is no longer perfect for her secrets come between them: the secret (sacred?) blood that flows signaling the onset of maturity – and the sudden uncontrollable and animalistic physical body’s desire to breed.

Where does the daughter turn? To the only guide that defines what love is supposed to be: Romances.

In the fairy tale:
Beauty’s father returns with a rose – the symbol of passion’s kiss – and he gives it to her saying: “I have given you away.” And so, she is betrayed.

And into the wasteland she is cast. On the back of a horse – the symbol of masculine sex – she rides her beast-guide to face uncertain doom. Doom in the traditional sense means both Death and Destiny.

Within the Labyrinth
Cut off from her father’s love, a daughter has little to guide her but advice. It is up to her to decide if what she has been told has merit. There are many, many dangers in this world for the young woman newly come into her sexual awareness, (Eros and Psyche.) And so like anyone who wanders in the labyrinth of social interaction she dons the only armor provided - knowledge and education. The trappings of the male hero set on his quest.

Education is no preparation for a young woman trying to discover if the risk of sex and love is worth taking. There is only one way to find out – but this means yielding to the beast within their bodies, allowing themselves to be stripped of everything they know and devoured by the desire within them. This means allowing themselves to be stripped to the skin and taken -- ruined -- by a lover.

And so she must decide:
To trust, or Not to trust? That is the question.
Could this be another betrayal?

In the fairy tale:Beauty wanders the labyrinthine castle of the Beast and sees many wonders.

Every night the Beast asks: “Will you give yourself to me?”

Beauty denies him, but he becomes less frightening as every day passes. She comes to have an understanding for what he is, and what he is not. She comes to sympathize with his painful loneliness, his need to be loved as he is; for she too is lonely and desires to be loved. And his roses – passion’s kisses – are so very beautiful. Perhaps remaining with him would not be so very bad after all.

But she is unsure. There are issues at home that must be dealt with first. There is a betrayer that must be faced – and punished - for forcing her out of his safe world and into this labyrinth of terror and desire.

So Beauty asks to leave – but she will return, for she has come to want what the Beast has to offer.

Facing the Door of Razors
Sex for a female is a painful life and death decision.

To males, sex is entertainment. It brings no pain, only pleasure. He can choose to be responsible for his actions or not. Either way, his body goes through no transformation. His life is never at risk, STDs not withstanding.

To females sex is babies. Pregnancy can kill. First sex is always painful, physically and emotionally. She must trust her lover to give herself to his taking. Trust opens her to betrayal. Broken trust brings madness. Pregnancy coupled with abandonment brings starvation and death.

Think of your own first sexual experience. How were you betrayed?
Once a woman has tasted the fruit of passion she is changed. After passion’s willing embrace, suddenly all is revealed. Psyche holds up the candle and sees Eros for what he is - beautiful and beastly – and deadly. Now she knows, and her body knows - and it wants.

She comes to recognize the beast within herself.

In the fairy tale:
The Beast grants Beauty leave to go home – but she must sacrifice herself to have it. She must first give herself (or swear to give herself) to the Beast for he will not let her go without tasting what he has come to desire: her love, her trust, her body.

Beauty agrees to his demands.

At the doorway to home, she holds up the candle of Psyche and sees what she has become. She is not the same person who entered the labyrinth. The essence of the beast lies within her. There is no mistaking where she has been.

Return from the Abyss
Once a girl is no longer a virgin, she must face her parents, but especially her father. She must face her betrayer. He cast her love aside and forced her to find another who would love her. Has he suffered for his crime of abandonment? But more importantly, can he still love her as she is now – a sexual beast with hungers that must be fed?

One of two things happens: Acceptance or Denial. And then she must deal with the answer her betrayer gives her.

Acceptance of her sexual awareness (Psyche/Eros) allows her to bestow forgiveness.

Denial of her sexual awareness (Psyche/Eros) offers two choices:
Or

All choices both lead to Mourning and then Cleansing. Childhood is wrapped in tissue paper and saved for later as a treasure to be given to her own daughter. Or it is utterly destroyed.

And then it is time to Return and learn to live with her beast.

Loneliness and denial of the beast within can kill. It is a madness that drives young women to drink, drugs, sexual abuse and suicide - all to satisfy a bestial hunger that can only be sated with loving trust.

In the fairy tale:
“You live in this world now,” says the Beast. “You are changed. You must return to me, for I, who lives within you, shall surely die.”

Beauty returns. Her father has suffered mightily, and so she forgives him, but she cannot stay. This is not her home anymore.

Her father tries to keep her – he tries to remake her into what she once was.

But Beauty has a Beast and death will come if she does not return to him. She wraps her childhood trinkets away and kisses her father good-bye.

When Beauty finally returns as she has promised, rewarding his trust, she discovers that her beast is Physical Ecstasy.