Guide to Punctuating - for the Reading Impaired 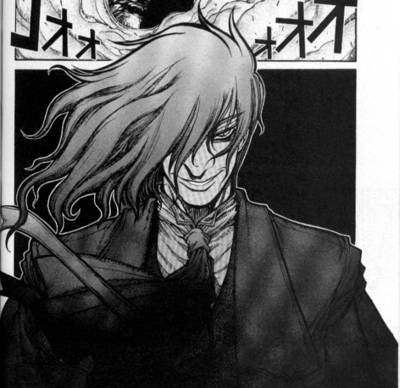 From Phil Phantom’s: “Guide to Writing Good Trash"
I know, you hate to think of your writing as trash, but if done well, others will. If done poorly, your magnificent creation is just crap, shit, or garbage. Excellent trash can rise to the level of good shit, but you and your good shit will never be studied in English Lit. As for riches, sure, but it helps if you are wealthy when you start.


Guide to Punctuating
- for the Reading Impaired

So, you wan'na rite reel good?

Good use of punctuation is key to effective communication, even in trash, especially in trash. You may think trash is easy to write, but trash is the most difficult to write well.

Melville hardly needed any punctuation until they caught up with the whale. Mark Twain, in fact, used no punctuation. After his editor chastised him for this, Twain sent in a page full of periods, commas, colons, semi-colons and such with the following note:


I can make punctuation easy for you. Simply imagine that all of your readers suffer from a condition called Myopic Un-Mitigated Balance of biLateral Equilibrium (MUMBLE). They move their lips when they read.

Actually, they silently speak what they read. They need punctuation in order to breathe properly. Long paragraphs of run-on sentences cause them to pass out. Please consider these unfortunates when you write. Although writing without punctuation or proper capitalization is no reflection on a person's intelligence or education, doing so is inconsiderate of people who suffer from mumbleopia.

They knew nothing about mumbleopia in Twain's day. He had an excuse; we don't. MUMBLErs (as they prefer to be called) suffer in silent neglect.

~~~~~~~~~~~~~~~
ALL CAPS - is like shouting. Writing in all caps causes swelling of the inner ear which presses on the cerebral cortex, leading to a loss of bladder and rectal control. Avoid using all caps for more than a few words in a row, even during explosive orgasms.

PERIODS allow a MUMBLEr to breathe. Sprinkle a few in each paragraph. Mumbleopiacs don't care where, but after each complete thought is generally a good idea.

(Note: Follow a period with a sentence or paragraph that starts with a capital letter. MUMBLErs breathe out on the period and breathe in when they see the capital letter.)


COMMAS don't give time to breathe, but do give the lips a rest. Severe lip injury can result from long sentences with no commas. On the other hand, overuse of commas is the leading cause of stuttering in mumbleopiacs.

(Note: You probably had a teacher who advised (as a rule of thumb) place a comma where a natural pause seems right. That teacher didn't write trash, or good trash. Commas have a purpose. Commas separate items in a series, phrases in a series, an introductory phrase, a parenthetical expression, nice-to-know shit you don't really need, or a person being addressed. You don't just slap them where you feel like it or omit them where they are needed. We all need commas to make sense out of a complex sentence in a crazy, mixed-up, tumble-down world.)


SEMI-COLONS are better than commas for easing lip fatigue but do not allow for the taking of a breath. Use them sparingly to separate short sentences that beat the same drum.

DASHES signal a pause - so mumbleopiacs take advantage and snatch a dash of oxygen.

HYPHENS join words to make a combo word, like "that no-pussy-eating wimp." Also ex-this, ex-that. MUMBLErs seem to be ambivalent toward the hyphen.

ELLIPSES MARKS (...) are like speed bumps on a page. In proper English usage, they signal omitted material, but they make a MUMBLEr's head rapidly bounce three times. Never get carried away with those dots as speed-reading mumbleopiacs have lost contact lenses and jarred fillings loose when they hit multiple periods, ie: ....................


(Note: Grammar pinheads get all twisted when you use their precious ellipses dots as indicators of long periods of silence. In our field of literature, we need this tool as sex often involves long periods of silence. Mouths are often occupied and the writer has to wait. Most will keep tapping the dot key while waiting the suckers out. Readers of trash, shit, crap, and garbage have learned to ignore three dots as meaning omitted material, because fuck and suck stories don't omit anything.)


COLONS introduce lists of shit. MUMBLErs and proctologists know to take a deep breath when they see a colon.

EXCLAMATION POINTS raise the eyebrows of mumbleopiacs but do no lasting harm unless repeated after every statement or used in multiples. Overuse of EPs can lead to nervous brow twitching. Multiple EPs (!!!!!!) have caused the eyebrows of some mumbleopiacs to migrate to the top of the head.


QUESTION MARKS wrinkle the brow and bring the eyebrows down and in. Question marks should never be sandwiched between two EP sentences! Never leave a question unanswered. The answer allows the individual to slap the forehead and re-align the eyebrows (note that hyphen).

PARENTHESIS - If something isn't all that important (nice to know stuff, but you can live without it), put it inside a set of parenthesis. In long sentences, a MUMBLEr who is running out of breath knows he can jump over this part in a pinch.

APOSTROPHIES thrill a MUMBLEr as they know you are omitting letters, words, and sometimes, bunches of words. For instance, "them" can be shortened to "'em," and spitting can be spittin', and in words that show possession, ie: "Mary's ball" replaces "the ball that belongs to Mary." Thrill a mumbleopiac; use apostrophes.

QUOTATION MARKS also thrill mumbleopiacs as they signify a speaker speaking. Very often, they are familiar with the speaker and can simply inject, "blah, blah, blah," or "yadah, yadah, yadah," and move right along.


And finally, a word on PARAGRAPHS.

Every new speaker gets his or her own paragraph, even if all he or she has to say is, "Huh?" Try to keep paragraphs short and sweet. Lump all of your related thoughts into one paragraph and start a new one when you get another thought.


~~~~~~~~~~~~~~~~~~~~~
- Note from Morgan: Every new speakers' ACTIONS go in the same paragraph as their DIALOGUE. I have seen one too many lines of dialogue 'stranded', just hanging out all by it's lonesome, staring at the action done by that speaker in the very next paragraph. Take pity on your poor Dialogue and put it with its Actions.

One other thing: If John licks Mary's nipples and Mary moans, John's licking and Mary's moaning do NOT go in the Same Sentence! They don't go in the same Paragraph either!

Mary moaned, and gasped. "Oh God! That is so good!" She grabbed his head to pull him closer.

Paragraph breaks allow MUMBLErs to go to the bathroom. This also helps those who read from a scrolling monitor. And another thing. Hit the return key twice following each paragraph. That places white space between paragraphs. Do not indent or tab. Keep it clean; keep it tight; just like pussy. (Note the use of the semi-colon with short sentences, and this don't-really-need-to-know shit I placed in parenthesis along with a combo word I made using the hyphens.)

Thank you for your attention.